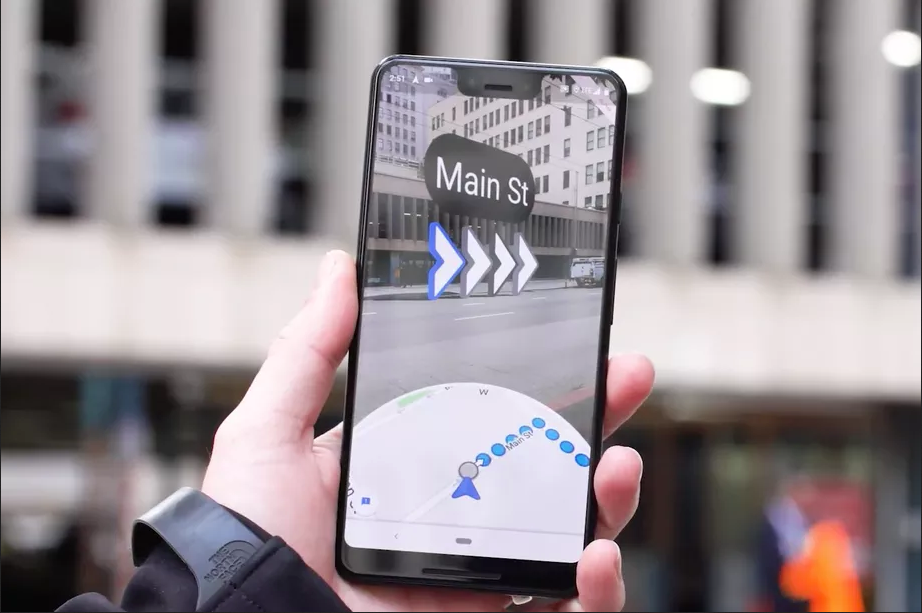 At last year’s I/O developer’s conference, Google showed off a new augmented reality feature for Google Maps, which would provide people with directions from your phone’s camera in realtime. As my colleague Chaim Gartenberg noted, it’s a bit like what was promised with Google Glass, but without the headset. The Wall Street Journal’s David Pierce got to try out an early version of the feature.

He says that while it “isn’t likely to be your primary turn-by-turn option, it’s a huge step in the right direction for Google Maps.” He described how the feature worked — the app picks up a person’s location via GPS, and then uses Street View data to narrow it down to your exact location. Once his location was pinned down, it displayed big arrows and directions in his screen. “It was as if Maps had drawn my directions onto the real world, though nobody else could see them.”

He goes on to say that the app doesn’t appear to let you use the camera persistently, urging you to put it down after a short while, and displaying its regular map interface when you do so. Rachel Inman, the company’s user-experience lead tells him that “it’s for those moments like, ‘I’m getting off the subway, where do I go first?’”

Google has reportedly been experimenting with the user interface, finding that users will follow a line on the ground too closely, and that an animated guide will keep them glued to the screen. Pierce notes that the interface he previewed could change, and that Google isn’t saying when the feature will roll out to users, just that it’ll be available to “a few Local Guides” soon, and “will come to everyone only when Google is satisfied that it’s ready.”

Pierce notes that there are a couple of takeaways from this. The first is that a big advantage of the feature is that it provide people with very specific location data, and that it’s a feature that isn’t likely to remain on phones, but on AR-capable glasses. Companies like Apple, Facebook, Google, North, Vuzix, and others have all been working on, or are selling their own AR glasses, meaning that Google’s new feature could eventually make its way into your line of sight.