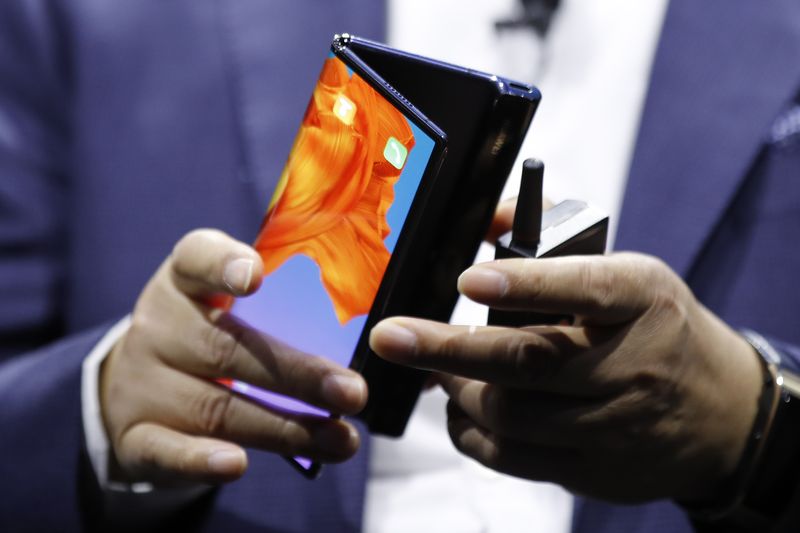 The Mate X supports next-generation 5G networks and will cost 2,299 euros ($2,606) when released in the summer. It’s the second folding phone announced by a major manufacturer within a week. Samsung revealed the Galaxy Fold on Wednesday.

The market for smartphones is slowing, and manufacturers are scrambling to find new ways to convince consumers they should upgrade their devices. Next-generation high-speed networks are still a far away from mainstream availability, so device makers are looking at new device form factors to conjure up excitement.

But they come at a cost. Huawei’s 2,299-euro price tag is only slightly steeper than Samsung’s Galaxy Fold, which will cost 2,000 euros when it’s released later this year. With premium mobile phones already costing well over $1,000 a piece, customers have been turning to cheaper alternatives, often made by lesser-known companies.

Huawei has been battling global scrutiny over its telecom equipment, but often overlooked is the company’s rapid growth as a smartphone manufacturer. Last year it surpassed Apple to become the world’s second-largest maker of smartphones, according to data from market research firm IDC.

When folded, the Mate X has a 6.6-inch display, which is just slightly larger than Apple Inc.’s iPhone XS Max. But when opened out, Huawei’s device becomes an 8-inch tablet computer. It runs on Alphabet Inc.-owned Google’s Android operating system.

Thomas Husson, an analyst at Forrester, said the Mate X “shows Huawei is a leader in tech innovation.” But it will be “a few years” before a significant mass of customers get their hands on 5G functionalities and foldable screens, he said.