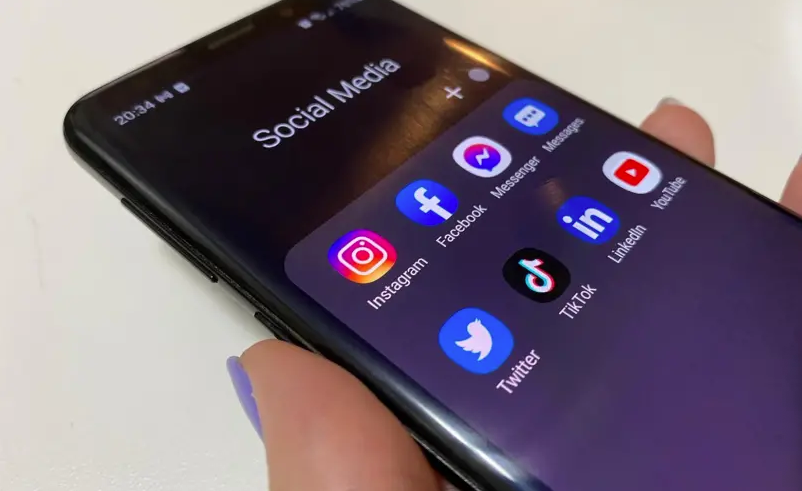 Users have begun reporting Facebook, Instagram and WhatsApp returned to function after going offline for users across the globe at approximately 18:30 p.m. on Monday and remaining down for nearly six hours.
The Facebook homepage has also resurrected after hours of a DNS error message.
Some are still experiencing difficulties writing or uploading new posts or stories, but their feed has reloaded. However, Whatsapp users in Israel still await the return of the widely popular instant messaging app, which is now beginning to receive messages from the past several hours.
Downdetector, which tracks outages by collating status reports from a series of sources, said that they saw almost 14 million total reports for Facebook, Whatsapp, Instagram and Facebook Messenger as of 1 a.m., but said, “we are starting to see reports begin to decline now that Facebook is back up.”
As the company was struggling to resume connection, Mike Schroepfer, CTO of Facebook, said in a tweet, “We are experiencing networking issues and teams are working as fast as possible to debug and restore.” He also apologized sincerely to everyone “impacted by outages.”

Facebook workers also reported issues with using their company phones and equipment, and some have even been locked out of the building when their digital cards failed to function, the New York Times reported on Monday.
Other platforms such as Amazon and Telegram have been experiencing difficulties ever since the Facebook shutdown as well, possibly as many users turned to these alternative platforms instead of Facebook, and overloaded their systems.
On Sunday, a whistleblower accused Facebook of repeatedly prioritizing profit over clamping down on hate speech and misinformation. The firm owns Instagram and WhatsApp.

Strange that hours after a whistleblower calls out Facebook saying they engaged in a “betrayal of democracy” that Facebook and other companies it owns are totally down.

I’m sure it’s a coincidence.

“Strange that hours after a whistleblower calls out Facebook saying they engaged in a ‘betrayal of democracy’ that Facebook and other companies it owns are totally down.” Donald Trump Jr. tweeted on Monday. “I’m sure it’s a coincidence.”
#Facebookdown and Whatsapp have become trending on Twitter as the world experienced several hours with only one large active social media platform out of the top four used in Israel, Whatsapp, Twitter, Facebook and Instagram.
Twitter became the hottest arena for the hours when Facebook was off the grid, and started a thread reading, “hello literally everyone.” Many industrial giants responded to the tweet, including McDonalds, Microsoft Teams, Alexa, and the culprits themselves, Whatsapp, Instagram and Real Mark Zuckerberg, who tweeted, “Am also here literally. Lol,” and assured the fanbase that he was working on the app issues.
The IDF joined the fray as well and replied, “If you need any help, IDF tech support is active and always ready to lend a hand!”

A similar outage at cloud company Akamai Technologies Inc took down multiple websites in July.
Security experts tracking the situation said the outage could have been triggered by a configuration error, which could be the result of an internal mistake, though sabotage by an insider would be theoretically possible.
An outside hack was viewed as less likely. A massive denial-of-service attack that could overwhelm one of the world’s most popular sites, on the other hand, would require either coordination among powerful criminal groups or a very innovative technique.
Facebook acknowledged users were having trouble accessing its apps but did not provide any specifics about the nature of the problem or how many were affected by the outage.

We’re aware that some people are having trouble accessing our apps and products. We’re working to get things back to normal as quickly as possible, and we apologize for any inconvenience.

“We’re working to get things back to normal as quickly as possible, and we apologize for any inconvenience,” Facebook said. 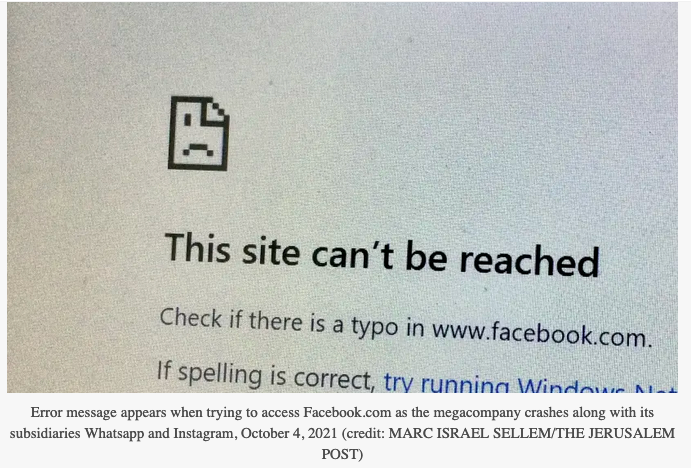 Shares of Facebook, which has nearly 2 billion daily active users, fell 5.5% in afternoon trading on Monday, inching towards its worst day in nearly a year.
Facebook has experienced similar widespread outages with its suite of apps this year in March and July.
Several users using their Facebook credentials to log in to third-party apps such as Pokemon Go and Match Masters were also facing issues.
“If your game isn’t running as usual please note that there’s been an issue with Facebook login servers and the moment this gets fixed all will be back to normal,” puzzle game app Match Masters said on its Twitter account.
The outage comes a day after a Facebook whistleblower Frances Haugen accused the firm of repeatedly prioritizing profit over clamping down on hate speech and misinformation, and said her lawyers have filed at least eight complaints with the US Securities and Exchange Commission.
The complaint has led to two members of the European parliament calling for an investigation into the allegations.
Haugen will appear before Congress on Tuesday and is expected to compare the company to the tobacco industry, saying that if the government took steps to intervene with smoking habits, it should take action against Facebook as well.